Becoming a mother even after cancer surgery

The biological mother, now aged 32, was diagnosed with early-grade uterine cancer at age 27 for which she underwent hysterectomy (Removal of uterus and left ovary)) that left her only with the right ovary. This ovary was moved to the anterior abdominal wall (just underneath the skin) and became the unique access point for egg extraction during IVF treatment

There are very few published cases across the world where eggs have been extracted via an abdominal approach using laparoscopy but none where the extraction was done percutaneously from an ovary located under the skin.

Other methods of fertility preservation — such as freezing the gametes (eggs and sperms or fertilized embryos) prior to chemotherapy or radiotherapy — have been in use for a while now, with reports of healthy births worldwide. In patients who have preserved their ovaries, the transposition is done by laparoscopy above the pelvic brim in order to prevent the effects of radiation.

In others, the ovary is surgically removed; its tissue cut into small bits, frozen, only to be transplanted at a later date when the patient is declared cancer free. The first successful birth following this method was reported in 2004 by Dr Jacques Donnez from Saint-Luc in Brussels. So far 60 births have been taken place worldwide.

Why is this different?

This is a novel technique with regards to ovarian position and technique of retrieving eggs. It gives hope for a biological child even years after surgery. Cancer patients who have undergone radical surgeries such as this case may be given a chance to have their own biological child through a surrogate.

The technique of retrieving mature eggs from such a location is another challenge. The surgery, which entails preserving of the ovary along with its blood supply, needs expertise.

Our centre has also been working to preserve ovarian tissue for future re-transplantation into the individual for fertility purpose after thawing. So far we have been able to prove tissue viability after thawing. 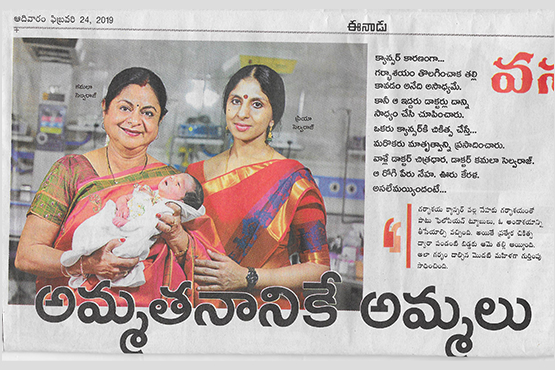 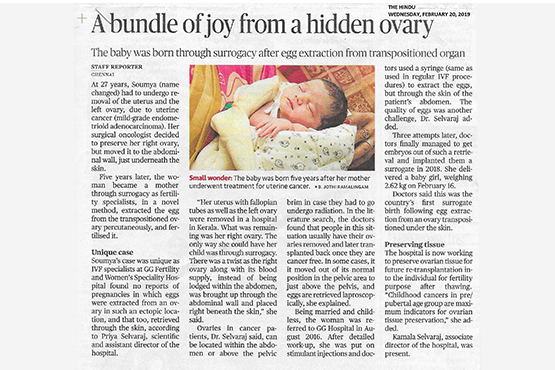 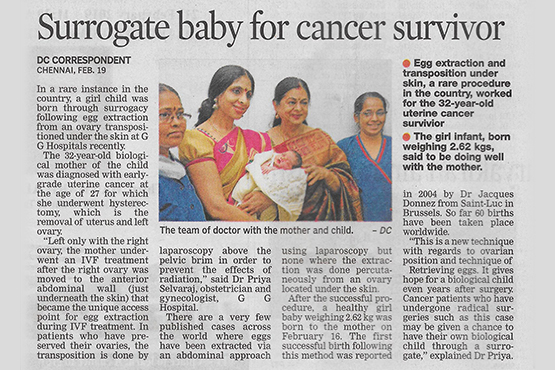 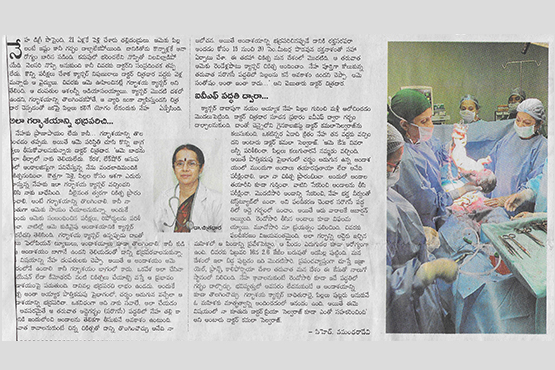 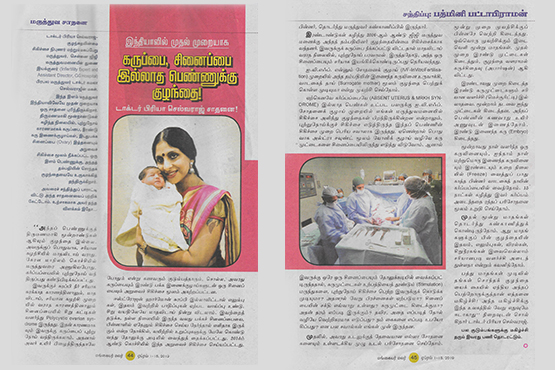